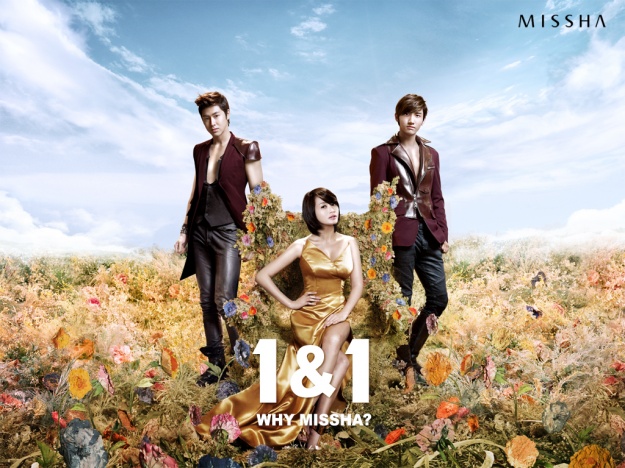 After signing on as Missha‘s new endorsers, DBSK have released their first CF for the cosmetic brand, which features veteran actress Kim Hye Su.

The campaign is entitled “Why Missha?”, and the CF features the intro of band’s 2011 single “Why? (Keep Your Head Down)” showing the three in a garden with alternating black-and-white scenes. Various promotional materials such as posters and standees featuring DBSK can now be seen in Missha stores.

According to previous reports, it took over twelve hours to shoot the CF. Both DBSK and Kim Hye Su were praised for their work ethic and ability to quickly adapt to their roles, earning an applause from the staff by the end of the shoot.

DBSK are currently preparing for the release of their new Japanese album, “TONE” as well as and an arena tour in Japan, while Kim Hye Su is currently shooting “The Thieves” with Jeon Ji Hyun.

Changmin
Kim Hye Soo
Yunho
How does this article make you feel?