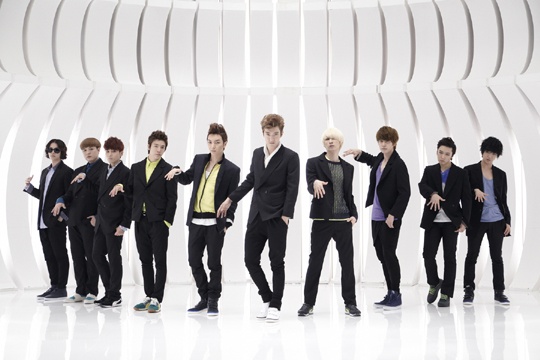 In this multi-part series we will look into some of these accidents that have occurred during the last decade and then try and look into some of the reasons why traffic accidents among Korean celebrities seem to occur proportionately more often than other major entertainment scenes such as Japan, China and the US.

For the first part we will do a brief historical overview of various celebrity traffic accidents that have occurred over the past decade in an effort to reflect on these incidents.

For the purposes of readability, I will organize this article into various groupings and I apologize in advance if I happened to miss any celebrity incidents. It’s difficult to include every traffic accident that has ever occurred without making this article too long for consumption.

We will look at traffic accidents resulting in major permanent injuries and/or deaths as this is the saddest of accidents and one of the first accidents to discuss is the Motorcycle accident involving Clon’s Kang Won Rae.

For people that are unaware, Clon was a very popular dance group during the mid to late 90’s that made hit songs such as “Nan”, “Kuntari Shabara” and “First Love”. The group comprised of members Kang Won Rae and Koo Joon Yeob, who is more commonly known as DJ Koo in recent days and has continued to appear on various variety shows to this day.

In 2000, while riding his motorcycle, a car performed an illegal u-turn in front of him. In an effort to avoid a collision, Kang Won Raw tried to steer away from the vehicle but the sudden action ended up causing him to fall off the bike and resulted in severe injuries that caused him to become a paraplegic. This was one of the first major celebrity accidents within the last decade and caused a lot of shock throughout the fan base and highlighted issues with Korean driving culture, which we’ll delve into in a latter article.

Other celebrities that were involved in traffic accidents were unfortunately unable to make a recovery and passed away.

In 2004, Seo Jae Ho, a member of the boy group “Wanted” (Which singer Ha Dong Gyun was also a member of) suffered a traffic accident while going to a recording with the cause of the accident being described as excessive schedules and driving while tired. Seo Jae Ho was 22 years old when the accident occurred and unfortunately passed away due to the accident.

In 2006, Comedian Kim Hyung Eun was involved in a traffic accident while going to a recording and later passed away with a heart attack due to injuries received during the accident. There has also been claims that tight schedules were a factor during this accident.

In 2008, Actor Lee On (Who appeared on dramas such as “Coffee Prince”) was returning home from a drama recording when he hit a guard rail on his motorcycle and passed away at the scene of the accident.

Also in 2008, Kim Min Soo of Boy Group “Monday Kiz” was riding his motorcycle when he hit a tree and unfortunately passed away at the hospital due to excessive blood loss

In early 2011, Actor Oh Kun Woo (Who appeared on drama such as “Chun Chu Tae Ho” and movies such as “My tutor friend”) was driving when his vehicle slipped on icy roads and hit a dump truck, resulting in his unfortunate death.

There has also been incidents where celebrity traffic accidents has caused death to a civilian and one of these has been the accident involving Big Bang’s Daesung who got involved in a traffic incident that resulted in the death of a motorcycle rider. Since this incident has been covered extensively beforehand we will not go into further details for this incident.

In a lot of these accidents, excessive schedules and tiredness played a part in the accident and this point is worth remembering when we discuss reasons for these accidents in a latter article.

There has also been numerous celebrity accidents that have involved minor injuries and severe injuries, which they later recovered from.

The first group that needs to be mentioned is SM’s Super Junior, who have been involved in numerous accidents since their debut.

In 2006, Super Junior member Kim Hee Chul was involved in a traffic accident where he sustained injuries to his femur. Due to this injury he was unable to enroll in military national service and has recently started his national service duties as a public service worker.

In 2007, four members of Super Junior was involved in a major traffic accident when the tire on the van they were riding burst causing a loss of control and ended up hitting a guard rail. Kyuhyun was severally injured in this accident and was in a coma for four days but made a full recovery five months later.

Super Junior’s Shin Dong was involved in a light traffic accident in 2009 when the car he was driving hit a bicycle. Luckily there was no major injuries involved in this accident.

In 2009, Super Junior member Kang In was involved in a hit and run incident, where he hit another car while under the influence of alcohol and ran away.

In 2011, Super Junior members Leeteuk and Kim Hee Chul were involved in a 7 vehicle accident in Singapore but luckily there was no serious injuries involved.

Also in 2011, Super Junior member Kyuhyun was involved in a traffic accident where the vehicle he was in hit a truck while he was making his way to appear on the Musical “Trio”. This time he was fortunate to not sustain any major injuries.

Of course other male singers and actors were also involved in accidents.

KCM was involved in a light traffic accident in 2010 when his vehicle hit a trailer while he was going to a recording of MBC’s “Bouquet” but suffered no severe injuries and appeared immediately after the accident to do his recordings.

Singer Gil of LeeSsang was also involved in a traffic accident in 2010 when a car hit his parked van while he was changing inside, where he suffered from glass fragments to the face and blood loss.

Singer Lee Min Woo of Shinhwa was also involved in a traffic accident in 2010 when the car he was in slipped on icy roads and fell 5ms. He suffered light injuries from this accident.

In terms of actors, Actor Lee Min Ho was involved in a traffic accident while recording the SBS drama “City Hunter” when the car he was in hit a truck during a stunt scene.

There has also been other numerous minor incidents involving actors such as Yoo Seung Ho, Myung Sae Chang, Kim Suk Hoon, Kim Bum and singers such as SS501’s Kim Hyun Joong, Lee Seung Chul and Tei. Unfortunately due to length constraints and for issues relating to readability, we can’t delve into too many details in these accidents but suffice to say, there has been a large amount of accidents involving male celebrities over the last decade.