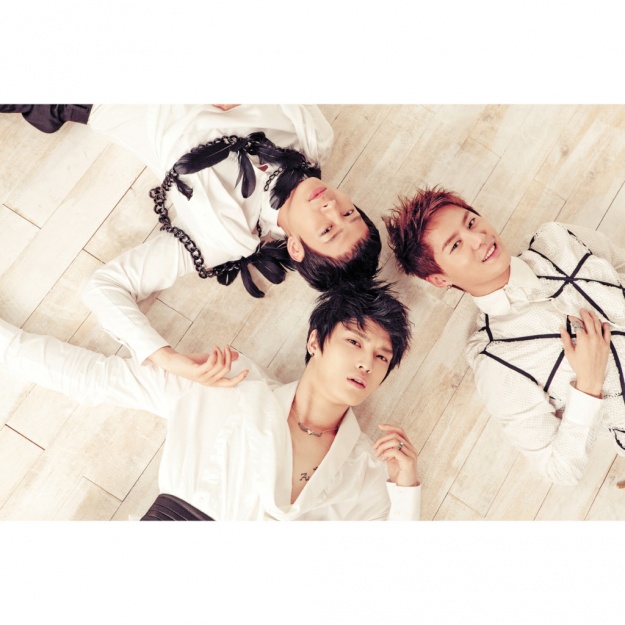 JYJ Reveals Official Jacket Pictures and Get Out! Single

Days before the release of their upcoming album “In Heaven“, JYJ members revealed their official jacket pictures and released at midnight, their official title song “Get Out!” through sites like Melon, Mnet, Dosirak and BugsMusic. The song could be heard in live performances of the group but now it has been released the full studio version and can be purchased only on official music sites.

After the mignight release, the song went up to No. 1 on Dosirak, Melon, Naver, Daum, Cyworld, Nate and Olleh music within just 1 hour. If the song mantains its position, it could mean an all-kill for the trio.

Just like all the ten songs in the album, “Get Out!” was composed and written by Yoochun and Jaejoong, who at the same time helped with the arrangements and production of the song.

The concept used for this pictorial is about seeing the trio as angels from heaven. Wearing clothes with somber colors like black and white, combined with accesories like black feathers and chains, it portrays a heavenly image for the three members in this album. The individual pictures of each member is clearly a sexy pictorial of each one of them.

Check out the pictures below and don’t forget to buy the original single on official sites!