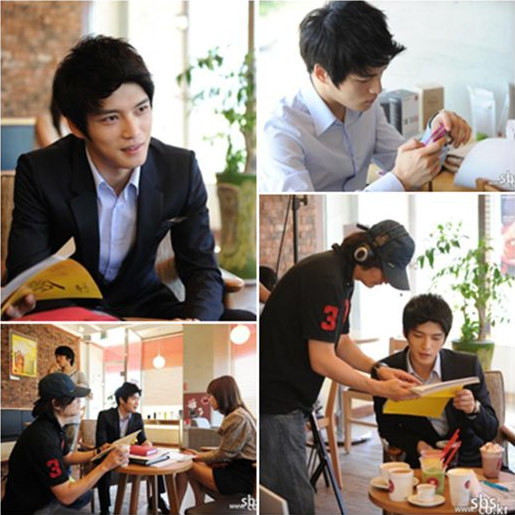 How Drama Stars are Going to Spend Chuseok Weekend

People are curious to know how stars in the middle of popular dramas which are currently filming, are to be spending their Chuseok Holiday.

Constantly busy with filming and schedules, one might think that they deserve some time off for this national holiday. However, there are many drama stars planning to film through these days.

The production teams of SBS’ Monday-Tuesday drama “Warrior Baek Dong Soo” and Wednesday-Thursday drama “Protect the Boss” will both greet the holidays on set.

While the whole nation has a long weekend off, both production teams will continue trudging through with filming without rest. Because filming takes place almost everyday, actors and actresses are even spending time together the day of Chuseok.

Yoo Seung Ho, Yoon So Yi, Shin Hyun Bin all revealed that they will be spending their Chuseok holiday weekend filming together on set. Yoon So Yi stated while laughing, “Although there’s filming all throughout the holiday weekend, we will all get to share and eat rice cakes and lots of other snacks.” Because of the bright and fun environment on set, there does not seem to be much disappointment for not getting to rest this holiday.

The same goes with the “Protect the Boss” team.

Ji Sung, Choi Kang Hee, Kim Ji Hye, Wang Ji Hye and the rest of the cast all do not have an exact schedule yet. However they are all expecting to film throughout the weekend also. As it is reported that the drama set is fun and lively, people are looking forward to spending the holidays together.

There are also stars that found the time even with their crazy schedules to spend the holiday with family. SBS weekend drama “My Love by My Side” actor On Joo Wan is filming until September 10 and then spending the rest of the weekend with family.

On Joo Wan expressed with a smile that he was looking forward to spending time with his extended family (as many Korean families do) especially with his little nephews and nieces.

The “Scent of a Woman” team gets to finish their final episode on September 11 and is able to spend the rest of the holiday with family. Getting to finish and then watch the last episode as they rest couldn’t be a better reward.

Lee Dong Wook revealed, “On the 12th and 13th, I will spend time with family and then on the 14th I will be a guest on a radio show.”

There’s nothing like spending the holidays with family. However, for those who cannot, we hope they have a grateful and happy holiday as well! Happy Chuseok everyone!