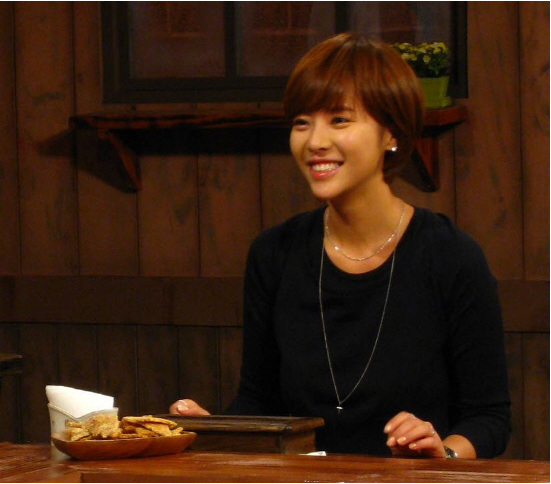 Actress Hwang Jung Eum confessed that she has cheated on boyfriends in the past.

“In middle school there was an older male student that I got to know during an outing with my friends. Soon after I started dating him, but after a while there appeared another significant other that ‘hunted me down’,” stated Hwang Jung Eum.

“I really liked my pursuer, but because of my personality flaws I wasn’t able to let go of the first boyfriend. I ended up breaking up with second because he was excessive with skinship.”

On the same episode Hwang Jung Eum revealed that she did go under plastic surgery for her nose, but ended up reversing the procedure after she found it unappealing. She even talked about how she gradually started to dislike the television personality of her current boyfriend, SG Wannabe‘s Kim Yong Joon, while filming MBC’s “We Got Married.”

Hwang Jung Eum
Kim Yong Joon
How does this article make you feel?