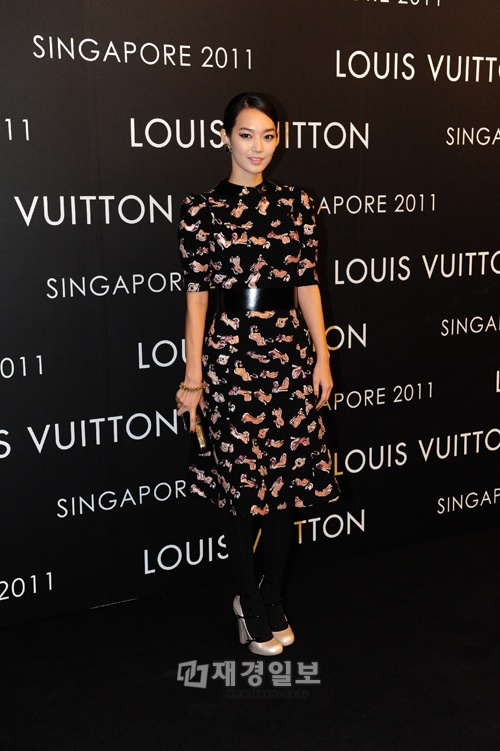 This luxury store will be located on Singapore’s Marina Bay Sands – the first ever Island Maison in the world. This Louis Vuitton opening was a worldwide and one of the biggest events this year.

About 1,000 guests, including VIP members, reporters and celebrities from Europe, America, Japan, China and about ten Asian Pacific countries attended this event.

To celebrate this opening, the CEO of Louis Vuitton, Yves Carcelle and President of Louis Vuitton Asia Pacific, Jean Baptiste debains, as well as world star Cate Blanchett were at this event along with Shin Min Ah and Kwon Sang Woo.

Shin Min Ah’s entire ensemble consisted of the Louis Vuitton 2011 Fall/Winter collection. Her “fetish” concept included a black dress with funky prints and a big, black belt that showed off her elegant body frame. She accesorized with silver heels, a black clutch and a gold bracelet- all from Louis Vuitton.

This shopping destination opened to the public on September 18.

Here’s a fancam of Shin Min Ah at the event: