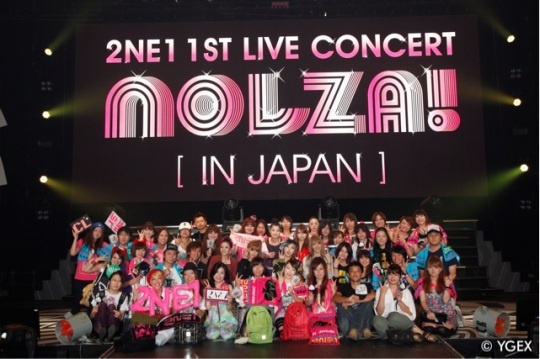 The girls of 2NE1 have once again proven their talents and have gotten much praise thanks to their musical skills. Now they have reached their loyal fans in Japan and have proven that they are indeed “The Best.” They launched their official debut in Japan today by performing their mini-album, “NOLZA,” which contains the Japanese tracks of their second Korean mini-album.

Their debut album took the numbers away on the most famous Music Charts, including the second place on Japanese iTunes as well as topped the pop albums on reaching the fourth place on the Oricon Daily Chart.

Furthermore, the group had held successful concerts on September 19 and 20 where a set of 24,000 people gathered for the live performances. Having well established their ground in Japan, they will follow up with their Japanese tour in Kobe and Osaka.