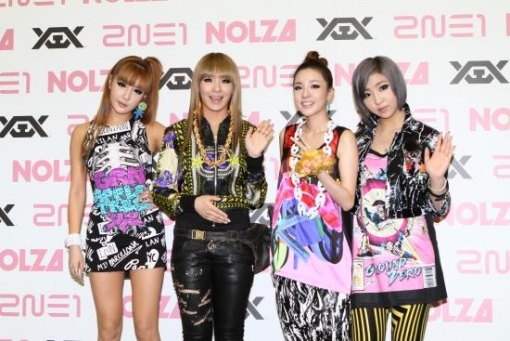 2NE1 Continues Success in Japan with #1 on Japanese Music Charts

Along with their successful debut in Japan, powerhouse girl group 2NE1 struck gold once again with their songs from their first Japanese mini album “Nolza.” On Sept. 22, “Nolza” was released and following its debut it ranked #4 on Oricon Daily’s album charts as well as #1 on iTunes Japan and other pop album charts.

The songs in “Nolza” are those from the second mini album of 2NE1 released in August to Korean audiences,including “I am the Best,” “Lonely,” “Hate You,” “Ugly,” and “Don’t Stop the Music.”

During their visit to Japan, not only has 2NE1 promoted their mini album but have also performed in concerts, gathering an audience of 24,000 in the city of Yokohama on Sept. 19 and 20.  They are set to perform in Kobe on Sept. 24 and 25 before making a stop on October 1 in Chiba.

2NE1
itunes
Oricon Chart
How does this article make you feel?