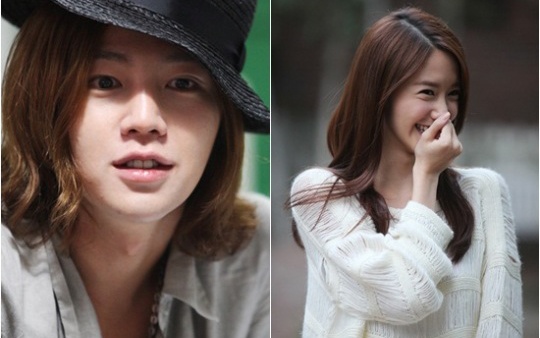 Director Yoon Suk Ho, who created the brand-name collection of melodramas “Autumn in My Heart” and “Winter Sonata,” reunites with screenwriter Oh Soo Yeon. After a decade-long hiatus, the two will collaborate in filming “Love Rain.”

Recently Yoon Suk Ho, Oh Soo Yun, and the cast members (Jang Geun Suk, YoonA, Kim Si Hoo, Sohn Eun Suh, Hwang Bo Rah, and Suh In Gook) have attended the official meeting for the first script reading at Yoon’s Color Production Company. With great care and detail, Yoon set up the perfect atmosphere for the cast members to bond. Everyone was well prepared for their own roles and that caused the cast to be full of enthusiasm. It is being said that the practice script reading session was more like an actual recording.

Since “Love Rain” takes place in distinct time periods, Yoon advised the cast the importance of grasping emotions of characters in both the 70s and the present. Yoon explained the significance in understanding the different kinds of love and emotions from other generations: “One-sided love was common during the 1970s, something that actors and actresses today would have not widely experienced in their generation, In the 70s, loving another person solely with your heart and soul was happiness. The experiences that remain in my memory are written in the script.”

In “Love Rain,” Jang Geun Suk plays double roles: a fine artist Seo In Ha who devotes his love to only one woman and free soul photographer Seo Joon. Jang Geun Suk said, “I burst into tears when I first read the script. I want to pass on this same heartwarming feeling to the audience as I portray the characters of these two men. I believe both director Yoon and screenwriter Oh will guide me to fill in any experience I lack.”

Jang Geun Suk was especially praised for his brilliant acting and immersion of emotion. “I usually play a happy character. I feel naked acting as a calm character,” he joked. Jang Geun Suk who is still in the process of getting to know the cast, transformed the awkward atmosphere into a more playful one.

YoonA will play two contrasting characters as well: an elegant college student Kim Yoon Hee from the 70s and an energetic young girl, living in the present day, Yu Ri. “I felt a lot of pressure having to act two different characters, but after collaborating with the cast, I feel reassured. I am open to learn and do my best,” Yoona said with determination.

After the first script reading, all attendees went to dinner and bonded to unify for a successful drama that will represent 2012.

“Love Rain” will showcase the beautiful romance between a man and a woman from two different generations in a timeless manner. Yoon dedicates the upcoming drama to the younger generations, in hopes of opening their eyes to a pure, sincere love. “Love Rain” will start filming in September, aiming to air in the first half of 2012.