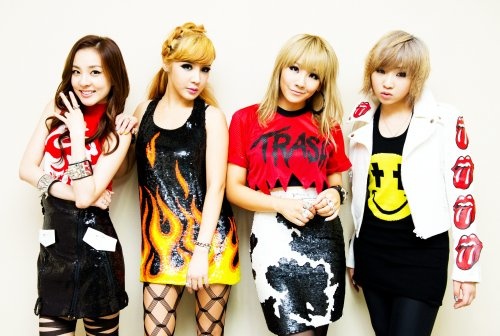 2NE1 had officially entered the Japanese market with their Japanese debut album, “NOLZA” which was released on September 21.

Prior to the official Japan debut, 2NE1 had released an album in Japan on March 16. Since it was all in Korean, is was not their official debut album and was more of a gift to their fans.

Out of the many idol groups’ singles or albums in Korea, 2NE1 has recieved alot of attention for being the first to reach the top of the Oricon Chart for Daily Albums. However, reporters pointed out that their Japanese album sales rates are lower than the other girl groups that have debuted in Japan.

Netizens then compared the sale rates for debut singles and albums from the last two months.

As a result, from the past two months, 2NE1’s sales rates were higher than Secret’s, Secret sold a total of 7190 singles on the first two days of its release. However, After School and Rainbow’s sale rates were much higher than 2NE1’s rates.

Comparisons between singles and albums are meaningless

The most important difference is that After School, Rainbow and Secret all debuted in Japan by singles, not albums.

Albums are not sold as much as singles as the prices differ. A single in Japan can cost around 1700 Yen while albums are about 3400 Yen. 2NE1’s “NOLZA” is also less expensive then normal albums, costing around 2400 Yen.

Is 2NE1 successful in Japan?

‘NOLZA’’s sales rate, on the first day of release, was close behind the top three of the daily rankings on September 21. ‘NOLZA’ was ranked first on the second day of release, overtaking the other albums’ rate by around 1600.

2NE1 is in a different situation to SNSD and Kara who have released a single first, followed by releasing their album. With 2NE1 has just entering the Japanese market with an album, they have been gaining more attention.

Many netizens and reporters have said that although ‘NOLZA’ isn’t selling as fast or as much as albums in Korea, overall they have made a splendid achievement by their selling rates, ranks and their general performances in Japan.

2NE1
After School
KARA
Oricon Chart
Rainbow
Secret
How does this article make you feel?