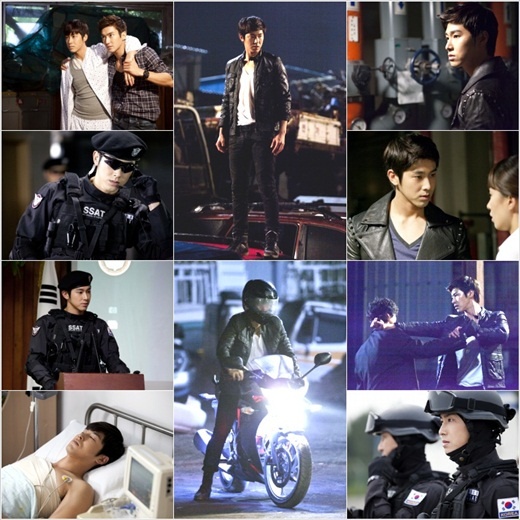 DBSK’s Yunho has officially completed his sort of but not quite cameo on KBS2’s drama, “Poseidon.” The actor has been in the spotlight of the show since the drama aired, with news coming out about him left and right. His special appearance had an overwhelming interest from viewers and has the drama’s PDs wondering about a possible return for the actor later on in the show.

This is the actor’s first successful return to acting since his last much underrated drama, “Heading to the Ground” aired.

Yunho took on the role of Kang Eun Chul, who is an agent of the police special forces unit, and his involvement with a character in the story, forces him to leave the country behind to save his fellow officer, Sun Woo (Choi Si Won). His sudden exit from the drama left many questions unanswered and have gotten viewers wondering if he’ll come back to the drama. The drama’s PDs and staff have hinted at a possible comeback for the drama, but has confirmed nothing as of yet.

Here is the scene of Yunho’s departure:

Poseidon
Yunho
How does this article make you feel?