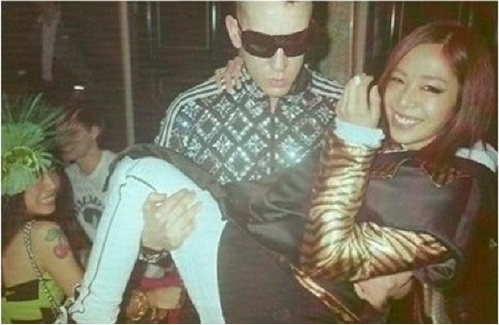 On October 6, several internet community websites had a post with the title “YG Family club parties are different” and the pictures below. In the pictures you can see 2NE1 members, producers, and stylists. It appears that the pictures are from a Jeremy Scott party (Unconfirmed).

If true, these pictures are from the Jeremy Scott party on March 26, 2010 for ADIDAS that was held at Club Answer. 2NE1 was reported to have appeared and performed at the party.

Jeremy Scott is a famous American fashion designer that has dressed numerous celebrities Britney Spears to Lady Gaga. He is known to be close friends with CL, the leader of 2NE1.

Netizens that have come across the post and pictures commented, “The timing of the release for these pictures is impeccable,” “it looks like a real crazy party.”

2NE1
Adidas
CL
Jeremy Scott
How does this article make you feel?