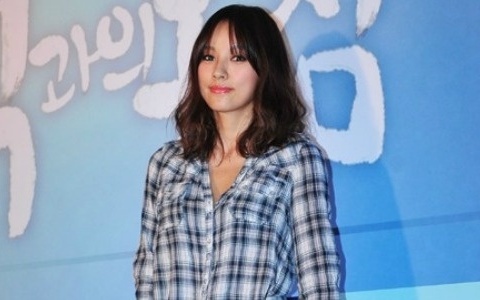 On October 6, Lee Hyori stated her strong stance against animal fur, “Everyone, because the weather is getting colder, department stores are filling u with fur coats and clothes no? For a while I also wore them. However, I have learned that instead of wearing animals, it is warmer to hug them with love and also makes you look better as well.”

Netizens found recent pictures of her wearing a leather jacket and stirred up controversy. She was criticized for being a “hypocrite.”

Regarding this controversy, Lee Hyori has stated through her Twitter on the October 7, “Everyone, I am not a perfect person. I’m just an ordinary being that worries over ten thousand times until I take action about something that I trust is right. I’m a person who tries to do things one by one. Rather than rebuking, please teach, help and support me a lot.”

She continued on to say, “This is a night where I feel ashamed of myself, whom can’t throw away the leather jacket she likes and still salivates over the scent of pork cooking at a meeting with friends.”

In response to Lee Hyori’s tweets, Uhm Jung Hwa has shown support for her fellow singer through Twitter with, “Unnie feels so proud and amazed by you (Lee Hyori). Putting things into motion like that is a really difficult thing to do. Making decisions, taking care, going into action, and trying with a loving mind, you are beautiful and amazing. Whatever others say, Hyori is awesome!”

Lee Hyori
Uhm Jung Hwa
How does this article make you feel?