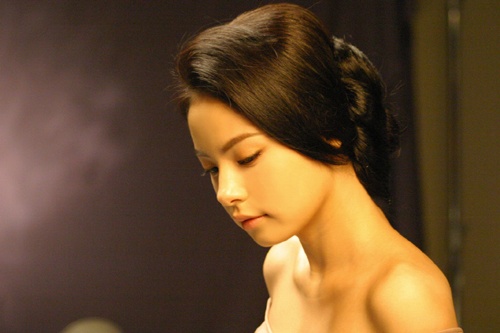 Min Hyo Rin: “When I Wanted to Die, I Thought of My Parents”

Currently various Korean internet media sources are running a campaign against suicide. The campaign is called, “Beautiful Korea, Where We Live Together.”

Min Hyo Rin was on hand to answer questions about committing suicide.

Q: What is your opinion on committing suicide and why do you think people commit suicide?

Q: There are celebrities who make that extreme choice. Why do you think that happens?

A: “I think it is easy to get depressed as a celebrity. A celebrity gets stimulated by the smallest things in the environment, such as when they will get a new project, or what people’s responses are. Also, there are a lot of celebrities who are sensitive.“

Q: Was there ever a time that was so difficult for you that you wanted to give up?

A: “I was also depressed once. It wasn’t very deep, but I still thought about committing suicide. Although I didn’t try to commit suicide, I wanted to give up on everything. I thought, ‘What am I doing right now?’ and also ‘It would be so easy to just give up.’ I think everyone has a moment like that once in his or her life.”

Q: What helped you overcome it?

Q: What would you like to say to people that think of committing suicide?

Q: What are your future plans?

A: “Currently I am filming for the movie ‘Gone with the Wind.’ I am appearing opposite of Cha Tae Hyun and my role is a female fisher. My role is important in telling the story and I am happy. The film will be released next year.”

Cha Tae Hyun
Gone with the Wind
Min Hyo Rin
How does this article make you feel?