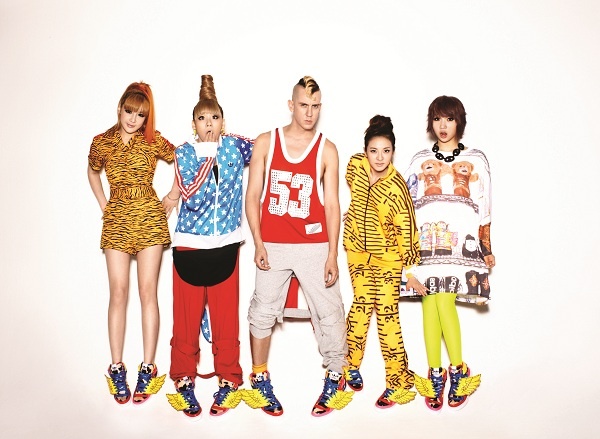 Ever since their debut, 2NE1 has shown close friendship with Jeremy Scott on numerous occasions, appearing in public events and videos together. Last year, during his stay in Korea, Jeremy Scott was spotted spending most of his time with 2NE1, while they appeared on stage together at the “adidas Originals Party” held in March. Jeremy Scott said a lot of his products have been inspired by musicians and artists, and the “JS Collage Wings x 2NE1” line was no exception as he tried to incorporate his feelings for 2NE1 into the design of the shoes.

In addition to the collaboration shoes, Jeremy Scott also released the “JS Wings 2.0 Satin” line made of unique satin material. With the all-white surface, Jeremy Scott said he tried to express the image of an angel.

Both products will be available from November in select Adidas stores in Korea. Here’s a photo of Dara sporting the shoes which were revealed through her me2day on Oct. 16.

2NE1
Jeremy Scott
How does this article make you feel?