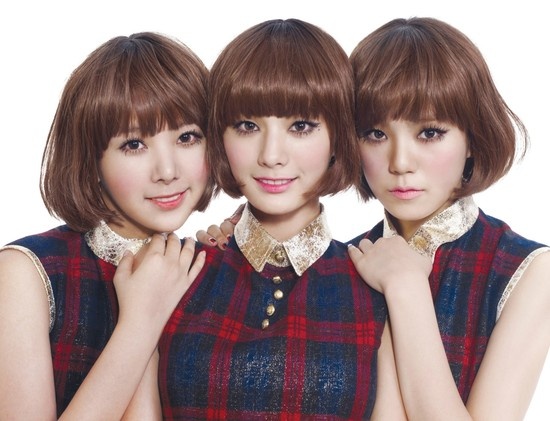 We sent After School’s sub-unit group interview questions and they gave us their handwritten answers!

***Update: Orange Caramel read the previous interview questions and felt like they didn’t put in their best effort for Soompiers, so they updated their answers! How considerate �de42

Raina: Shanghai Romance is the second part of the One Asia Project. We chose Shanghai because it is the center of world culture, and added Orange Caramel’s color. We believe that people will enjoy it because it reminds you of Chinese culture and every performance we keep changing our outfits. ^_^

2. Is the Song “Shanghai Romance” Aimed at the Chinese Market? Or was it aimed at other countries?

3. The “Kung Fu Dances” Are Gaining a Lot of Attention, Where Did the Idea Come From? Why Did You Choose the Clothes That Look Like Bruce Lee?

Raina: Because the subject was “Shanghai” we decided to show the things that made people think of China through our performances. That is why we decided to wear Bruce Lee and Chinese Zombie costumes hehe. Our personal opinions were put in for the short hair and outfits.

4. The Previous Song Was Titled “Bangkok City,” Will You Continue to Include City Names Into Titles?

Nana: The “One Asia Project” is trying to make one united Asia through music. We are choosing cities that have their own flair and adding some Orange Caramel color. We are also trying to move beyond cultures so that everybody can enjoy the music!

5. We Believe That Choosing Not to Wear Heels Was a Difficult Choice As a Girl Group. Does That Mean You Are Confident in Your Body Shapes? What Made You Decide to Go Heelless?

Nana: More than being confident in our body lines ^^ keke, we decided to wear sneakers or walkers that would match with the Chinese dress, Bruce Lee outfit, and or Chinese Zombies. I also think that unique sneakers fit in well with our short hair. It’s actually a lot more comfortable when we are dancing to boot, two birds with one stone kkk.

6. We Know That Super Junior’s Heechul Wrote the Lyrics, Were There Any Difficulties Working with Heechul, What Was the Atmosphere Working with Him? How Do You Feel About His Entering Into Military Service?

Raina: We were told that Heechul Sunbae (Senior) enjoys listening to Orange Caramel music. He even did parody for us and wrote us the lyrics as a gift, we were very thankful~ However, we didn’t get to work with him because he had to go into the military. Still, he monitored our performances and cheered us on, I think it gave us strength!

7. What Were the Reactions of Other After School Members About This Song?

Lizzy: The After School members are fans of Orange Caramel. They kept telling us “This is so Orange Caramel” when they heard the album. The members really liked it! ^^

8. What Is Your Ideal Type? What Kind of Guys Do You Like?

Nana: I like guys that have pretty smiles! I think people show their charms when they smile. I think guys iwth pretty smiles melt my heart >.< <3

Raina: I like guys that are unique! When I meet a guy that has some other side to them I didn’t see at first, I get intrigued…? hehe, I also like guys that have charming smiles~ >_<

Lizzy: I like a person that makes me smile whenever I am with them. You know those kind of people that make you happy when you are with them? I think I am the happiest when I am with a guy that connects with me and also is a good fit personality-wise ^__^.

9. Do You Have a Special Message for Soompi Members All Over the World?

10. You Have a Lot of International Fans. If You Could Pick the Next Country You Want to Perform in, What Country Would it Be?

Soompi.com thanks Orange Caramel for answering our questions! We are also going to have a shout out video on the way, so please look forward to it!