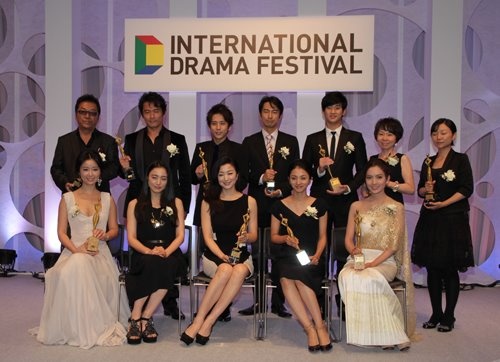 The “Tokyo International Drama Festival Awards” is a chance for many dramas overseas to receive recognition on Japan television by being presented with an award, which demonstrates that a drama is capable of receiving positive reception.

The Asia’s largest professional TV drama festival was conducted on October 24, with about 150 journalists and 60 media groups.

On this day Kim Soo Hyun received a round of applause with executive producer, Hwang Chang Woo. At the end of his speech he added, “It’s a big honor as an actor to be presented such a big award for ‘Dream High.’ Thank you to everyone who loved watching the drama.”