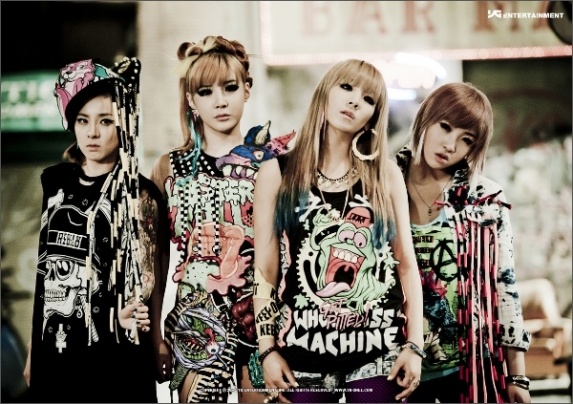 2NE1’s “Hate You” MV Accused of Being Anti-Japanese

2NE1’s “Hate You” music video has been caught under fire lately after some Japanese fans accused it of depicting anti-Japanese sentiments throughout the clip. The video designed by pop graphic artist Mari Kim features a storyline where four female heroes (supposed to be the 2NE1 members) fight against an evil monster to save the world from destruction.

The anti-Japanese accusations are largely based on two scenes. One is an exploding nuclear reactor that, according to Japanese fans, looks very similar to the Fukushima Nuclear Power Plant. Also known as the Fukushima Daiichi, the nuclear power plant was made inactive after being damaged by massive earthquake and tsunami attacks in March. The second scene is the one with a giant evil monster that has a red dot on its forehead. According to the accusations, the red dot on its white head is supposed to signify Japan’s national flag (that of course has a big red dot on a white background).

Currently, the “Hate You” music video on 2NE1’s official YouTube channel is flooded with comments from both sides of the debate. Some of the comments read, “The nuclear power plant in the video is an insult to Fukushima,” or “If it was a different country, we might have thought it’s just a coincidence. But Korea is different because they celebrated the March earthquake in Japan.”

Japan was hit by a 9.0 earthquake and subsequent tsunami in March that are remembered as one of the worst in history. Following the disaster, many K-Pop stars and Korean fans sent messages of support as well as donations to help the recovery efforts. However, last September, during a soccer match between Korean and Japanese professional teams, some Korean fans brought out a poster saying, “We celebrate the earthquake in eastern Japan,” which fired up fierce controversy between Korean and Japanese netizens.

Even some local media reported on this heated debate, saying, “This might just be simple animation. But if more and more Japanese fans start taking it the wrong way, 2NE1’s promotions in Japan might become difficult too.”

2NE1 is expected to release their first Japanese single on November 16.

Here’s the video of “Hate You.” Does it look anti-Japanese to you?