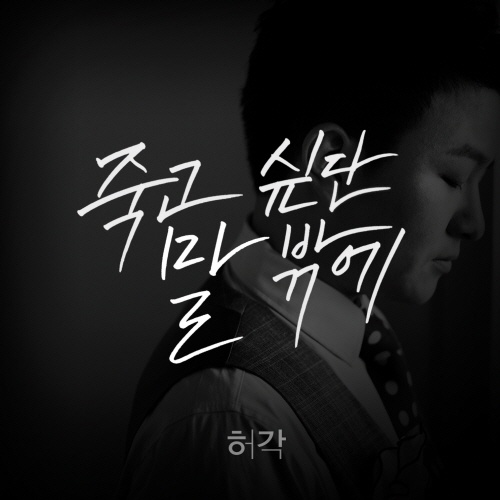 Huh Gak‘s new MV “I Told You I Wanna Die” was officially published on November 8.

After the first mini album “First Story” that contained the “Super Star K2″ winner’s debut single “Hello,” which won him first place at KBS Music Bank last September, “I Can Only Say I Wanna Die” was released as a digital single in different music home pages.

According to A-Cube Entertainment, Huh Gak’s company, the song was the first to be recorded even before the album “First Story”. A representative declared, “It is the first song recorded and we discussed whether to pick it as the title track or not. It is different from other tracks, it is a song with strong feelings and appealing strengh so we decided to release it now.”

Even the lyrics sent a very strong message, “I can only say I wanna die, I can not bear this life without you, I only wait for you to return, even if you are not here now, I miss you so much, I love you.”

The MV is the continuation of the previous MV of “Hello” with Lee Hyun Jin, BEAST‘s Yong Jun Hyung and actress Kang Sora that many fans were waiting for.

Huh Gak
Lee Hyun Jin
How does this article make you feel?