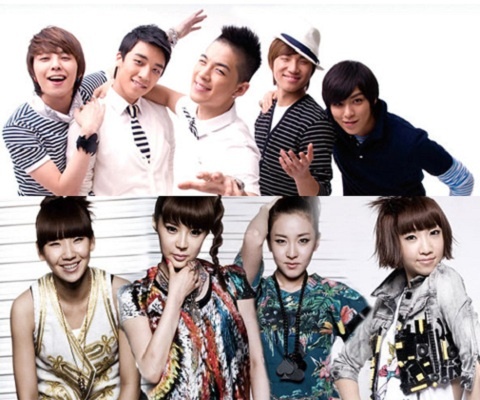 YG Entertainment made it official on November 8 that they have a new boy band and girl group waiting for debut next year. At a press conference held to address the label’s public listing on the KOSDAQ (Korean Securities Dealers Automated Quotations) stock market, the CEO of YGE, Yang Min Suk, said the company currently has two idol bands in training that are expected to be the next Big Bang and 2NE1.

The CEO said YGE has 32 trainees right now. The new girl group will only be comprised of members under 20 years old and is scheduled to debut in the first half of next year. Their new boy group, however, will be revealed in the second half of 2012.

Yang Min Suk also said YGE will open at least two more offices in the Greater China region. Much like their recent joint project, “YGEX,” with Japanese music label AVEX, YGE is looking to beef up their overseas business units.

“The Asian market (excluding Japan) is smaller than Korea in terms of music sales, but it’s a lucrative market for concerts and live events. Our strategy is to enhance our artists’ value through concerts and move from there,” Yang Min Suk said.

He also acknowledged the need for stronger crisis management skills following an array of negative incidents involving some of their top artists. As a result, YGE has recently formed a separate risk management team to take care of all negative publicity and damage to their overall brand.

He didn’t specify Big Bang’s comeback date as he even declined to answer if the group would ever return at all. But regardless of Big Bang, he sounded confident in YGE’s business for next year, as he said, “Even our most conservative estimates tell us we’ll make 100 billion won ($100 million USD) next year.”

“We’re also planning to hold at least three Japanese concerts with more than 150,000 people coming. Our newest artist Tablo has just released his new album too. We’ll continue to expand our artist lineup to diversify our revenue source,” he said.

YG Entertainment’s two leading idol groups, Big Bang and 2NE1, each debuted in 2006 and 2009, respectively, and have enjoyed massive success as some of the most talented artists in the industry. We’ll keep you updated as soon as we get more information!

2NE1
Big Bang
How does this article make you feel?