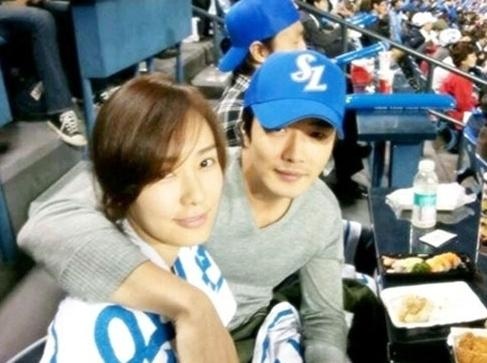 Kwon Sang Woo and Son Tae Young were spotted together at a recent baseball game. The pictures showed the couple watching the game together very fondly, drawing attention.

Son Tae Young’s party said, “Kwon Sang Woo will be leaving for China for a movie shoot so they wanted to spend some quality time with each other. Also, Son Tae Young is a fan of Samsung’s baseball team, so they went to watch it together. Although it didn’t mean to be such so attention-drawing, the fans made it seem so.”

Kwon Sang Woo is currently filming the “12 Chinese Zodiac Heads” with Jackie Chan in China. Not much information has been given about the movie shoot, but many pictures of the filming site has been posted online. Hopefully no one gets injured during their intense action scenes!