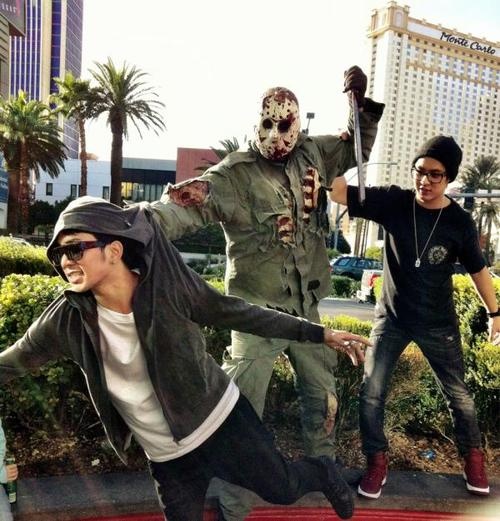 [Tweets] 2PM on the Plane, Dara Thanks Teddy, G.O Attacked by Jason?

Here we go through some of the top twitter/me2day posts of the day! Please let us know if we missed anything! Be sure to follow us on Twitter @soompi for the most up-to-date K-Pop news on the Web!

“Picture from above the sky, taken on the plane!” – 2PM’s Junsu posted a beautiful picture of the sky taken on his flight. Moments later he followed up with another picture of Nichkhun and Chansung doing the same thing with the caption saying, “lol I thought I was the only one taking the picture, but look at these cuties in the back keke.”

“Oh…my…god!!! Bam ba ra dda dda dda, dda dda dda dda!!! We won the Album of the Year from the Melon Music Awards?!?T.T oh.. oh oh..!!! kkya~ This award! is dedicated to our fifth member Teddy-god! (__) Everybody please send thank you and celebratory messages to our Teddy oppa who always gives us great songs!^0^” – 2NE1’s Dara shows her repsect to YGE’s master producer Teddy after winning the award at yesterday’s Melon Music Awards.

“Oh no, Jason.. But Seung Ho’s face looks happy?” – MBLAQ’s G.O shares a funny moment in Las Vegas with a person dressed as the infamous Jason, the fictional character from the movie “Friday the 13th.” MBLAQ is in Las Vegas for the “2011 Billboard K-Pop Masters,” which will be held at the MGM Grand Arena on Friday.

“Rehearsal Go Go!” – 4minute’s HyunA also shared a photo from Las Vegas with a cute expression that’s far from her usual sexy image. 4minute will also perform at the “2011 Billboard K-Pop Masters” at the MGM Grand Arena in Las Vegas.