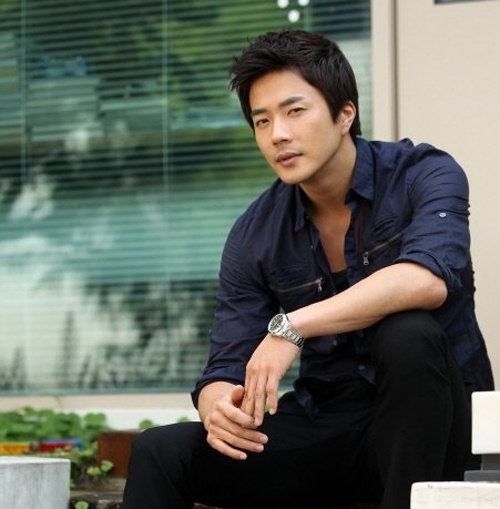 Actor Kwon Sang Woo has revealed some relieving news for his fans, as according to his officials, his ankle injury has recovered enough for him to complete filming his movie, “12 Chinese Zodiac Heads,” by January.

Kwon Sang Woo first injured his leg last year while filming “Into the Fire” and injured the same area again while filming “Pain.” The condition of his injury only got worse when he continued filming for “12 Chinese Zodiac Heads” in July, as he had opted out of a surgery, since it would require that he receive physical therapy until early next year. Instead, he had three stem cell procedures done to ease the pain enough for him to continue with his work.

Unfortunately, this put a slight delay to “12 Chinese Zodiac Heads.” The movie was expected to have completed filming by the end of this year, but Kwon Sang Woo had to take time off in order to return home to recover. Thankfully, he’s completely recovered now and has revealed that he’ll be able to complete everything by January.

“Fortunately, Jackie Chan has been more than understanding of his injury and agreed to push filming until January,” an official revealed.

After “12 Chinese Zodiac Heads,” Kwon Sang Woo will be finalizing his contract with an American action film and head to the States.

Jackie Chan
Kwon Sang Woo
How does this article make you feel?