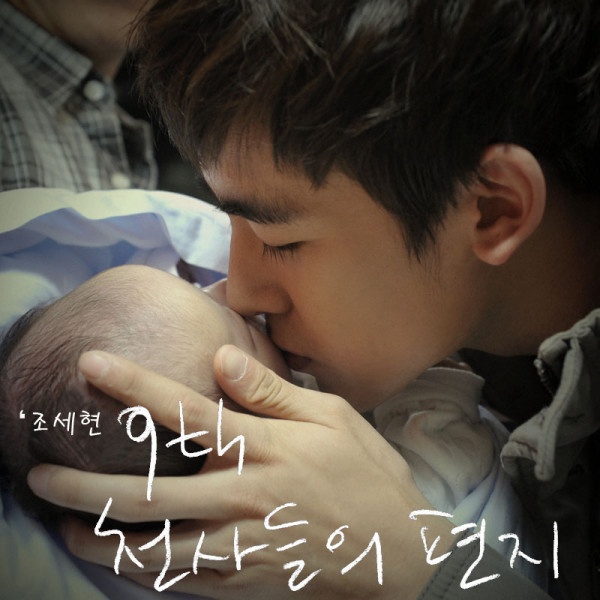 Photographer Cho Sei Hyun continues his annual “Letters to Angels” campaign. Now on to its ninth year, the yearly charity enlists celebrities to pose with orphans, who the photographer calls “angels,” for an exhibit that promotes domestic adoption.

“The first angel is already nine years old,” Cho Sei Hyun said on his Twitter account (@4portrait). “This year, these days, a lot of stars and angels have played in front of my camera.”

Although the exhibit is yet to open, Cho Sei Hyun already shared some behind-the-scenes shots and short anecdotes as captions through Twitter. He also revealed some of the stars who participated in this year’s campaign, with the theme “eyes,” including 2NE1, 2PM’s Nichkhun, BEAST’s Doojun, Yoseob and Dongwoon, CN Blue, Choi Ji Woo, Park Shi Hoo, Kim Hye Soo, Lee Min Ho, Lee Seo Jin and SNSD’s Tiffany.

[Gong Minzy, with the smile of an angel] Minzy’s face is the angel-baby’s most loved. A lovely face, right? (Minzy’s letter: You’re a special and precious girl.)

[2NE1 Bom] Shooting the baby looking into the eyes of an angel. Bom with a peaceful expression through the lenses.

[The ninth Letters to Angels theme: Eyes] Yoseob looks into the angel’s eyes, speaking to the heart.

[Beast Yoseob and Angel] The moment of first sight. Yoseob’s eyes full of love passes on to the pictures, right?

[Kang Min Hyuk, an angel and a promise] CN Blue Min Hyuk in the eyes of an angel. They hold hands and make a promise to meet again.

[Choi Ji Woo’s Angel, Guardian Angel] My guardian angel gave me a hug and many, many prayers. “The most beautiful girl.”

[Letters for Angels] For three years, with the angels, quietly supporting us, Kim Hye Soo.

[Park Si Hoo] I’m waiting to see you at your enlistment. In my mind’s eye, a beautiful young man.

[Lee Seo Jin] At shooting, the angels are so beautiful and expressive.

[A lonely, lonely angel] Tiffany’s first moments in a corner of the studio.

[Kiss with an angel] Did you give me a hug and fed me milk? But…you will go away. Nichkhun: I’ll meet you again in 10 years. I love you, Ji Hoo-ya.

[Angel’s signature] In such a comfortable position, making a ‘salute.’ Sometimes, I look at pictures and I just feel nice. This picture says you do not need anything else.

[The ninth Letters to Angels theme: “Eyes”] Nichkhun, he is the nicest guy.

Last year, celebrities who shot for the “Letters to Angels” campaign were Lee Byung Hun, Jang Geun Suk, Yoon Si Yoon, Han Hyo Joo, Lee Seung Ki, and Lee Min Jung, among others. Over the years, singers and idols who have participated in the campaign include the Wonder Girls (2007), Kara and Big Bang’s G-Dragon and Taeyang (2009.)

The exhibit photos are shot in the campaign’s trademark black and white. The “Letters to Angels” exhibit will run in Seoul from December 14 to 19.