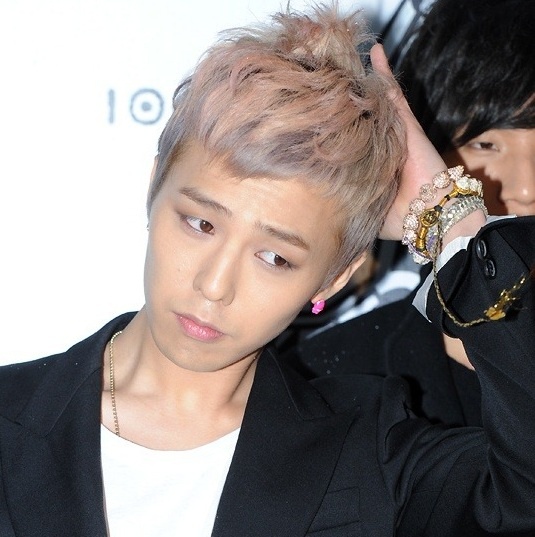 The timing of G-Dragon’s comeback last weekend at the “15th Anniversary YG Family Concert” has been stirring up quite a controversy lately. Fans are largely split over YG Entertainment’s decision to rush him back on stage in less than three months, after being involved in a marijuana smoking scandal last October. In Korea, illegal drug use is considered a serious act, and it generally takes at least six months, or in most cases, years to make a comeback to the industry.

Fans against his return insist G-Dragon should not be attempting to return to the entertainment industry yet, and should instead be concentrating on showing remorse by doing community work, considering the huge amount of influence he has on teens as a role model. Netizens have commented, “You’re saying two months are enough time to show remorse to the public? That’s too short,” “It’s a bit premature to resume his activities,” and “I don’t even know if he regrets his wrongdoings.”

The average time it took for past celebs to return from drug scandals all differ. The celebrity that made the fastest return is ironically Psy, another YG-managed artist (he wasn’t under YGE at the time though). He was arrested in 2001 for smoking pot, but after just six months he came back with “Champion,” his megahit single that enjoyed massive success, especially with its lyrics relating to South Korea’s semi-final run at the 2002 World Cup.

Shin Dong Yup, who was the nation’s top show host in the late 90s, was arrested for smoking marijuana in 1999. He had to suspend all activities for 22 months until 2001 before coming back as the host of MBC “Sunday Night Show.” Joo Ji Hoon, the actor from 2006 MBC drama “Goong,” also admitted drug use in 2009 and was sentenced to a year in prison. He later served the army and now after nearly three years out of the industry is seeking a comeback.

Actress Sung Hyun Ah, who was arrested for taking ecstasy pills in 2002, had to wait 54 months to return with her next movie. The former Miss Korea pageant winner was sentenced to a year and half in prison. But she later turned around her career successfully, appearing in several quality movies and TV dramas, which led to even walking the red carpet at the Cannes International Film Festival.

Perhaps, the most shocking celebrity drug scandal would be the one with Hwang Soo Jung, the actress who shot up to stardom in the late 90’s following her roles in SBS drama “Hae Bing” and MBC drama “Heo Jun.” At the time, she had a clean and classy image that made her one of the most popular actresses (think Lee Young Ae or Go Hyun Jung now). But she was arrested for taking methamphetamine (more commonly known as “meth” or “crystal”), sending shockwaves through the entire country. In fact, Koreans picked her drug scandal as the #2 “Shocking News” in 2001, right after the 9/11 attacks in New York, showing the magnitude of this incident. She attempted a comeback in 2004 with film “White,” which wasn’t so successful, and released two more movies, “Salt Doll (2007)” and “Night and Day (2008),” neither of which had enjoyed much mainstream success.

In the last couple of years, we also saw Crown J, Kim Sung Min, and E-Sense get arrested for drug use. All three have immediately suspended their activities and it’s still unclear when they will come back to the industry.

Most of the celebs involved in drug scandals didn’t have much difficulty returning to the industry. After some time, the public “forgives” the celebrity and ends up giving them a second chance. The larger issue at stake is rather the length of their supposed “remorse period,” and in the case of G-Dragon, some fans are upset over his brief two-month period. In fact, it was reported that G-Dragon even took photo shoots for his “North Face” ad promotion on October 5, just a few days after his drug scandal broke out, and fans have been furious over his lack of showing regret.

Personally, I believe GD did what he had to do. The fans wanted to see him at the concert and the stage was made to celebrate the 15th anniversary of YG Entertainment, the agency that heavily relies on G-Dragon and Big Bang’s success for their entire business. As the leader of Big Bang, G-Dragon’s presence was a no-brainer, especially when all the YG artists were present and the fans were strongly requesting his performance. But his TV appearance may be a different story. As opposed to the concert, filled with G-Dragon fans, the TV is an open space, where critics will question his “responsibility” as a public figure. Nonetheless, it’s his choice to make a comeback on TV since all three major TV broadcasters have already declared they have no problem with G-Dragon’s appearance, reasoning he was never sentenced to any prison terms and was only faced with a suspension of indictment. What is your take on this? Would you welcome him back or do you think he needs a longer time to “reflect” on himself? Share your thoughts!