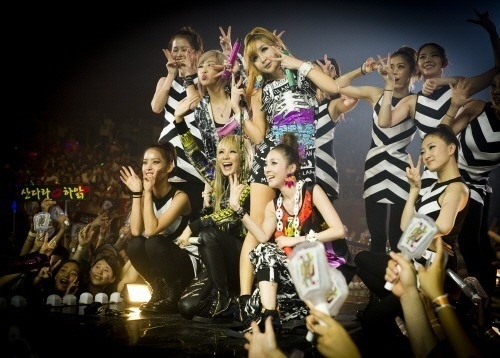 2NE1 will finally be performing before a worldwide audience at the MTV Studio in Times Square at New York on December 12.

The four ladies will be performing their hit tracks before a live broadcast all over the world. This performance was thanks to their supportive fanbase voting them as the “2011 Best New Band In the World” on MTV IGGY‘s six-week poll.

Over four million people from 168 different countries participated in the poll, and 2NE1 proudly stood against bands like Ghostpoet, Gyptian, Skrillex, and Yuna, making this accomplishment quite the feat for both the ladies and their fans.

2NE1 recently took off to New York for their performance and have been keeping fans updated through their me2day.

For those in New York, try to catch it on the 12th if you can, or join the rest of us in watching it live through TV.

2NE1
MTV
MTV Iggy
How does this article make you feel?