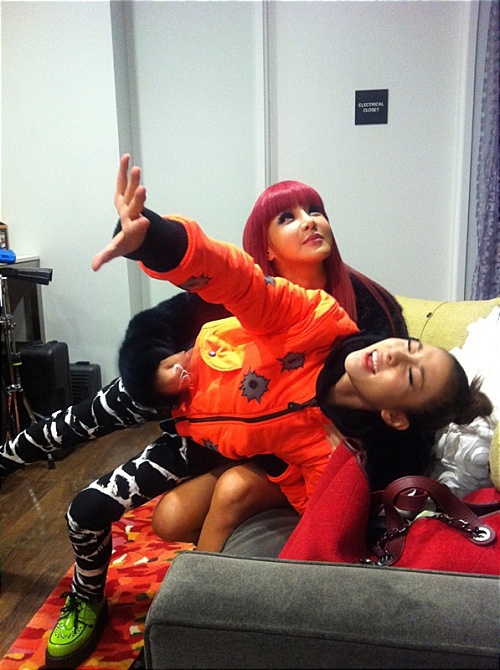 Find Out What 2NE1 Has Been Up to in NYC

2NE1 flew to New York City on December 9 for their performance at the MTV Iggy Awards. They won the “Best New Band in the World” award last month, earning a chance to perform live at New York City’s Times Square on December 12 (EST). Prior to the concert, 2NE1 had some down time and Dara, being the official publicist of 2NE1, shared some silly tourist photos on her me2day account. Here are some of the photos coming straight from NYC!

“At the Metropolitan Museum~!!!^_^ We saw a lot of new stuff and learned many new things! We’re having lots of fun~!!!”

“Touring NYC~!!! Still jet lagged, I’m getting tired keke CL bought me coffee to wake up! The coffee is exactly my size! Cutie~!+.+ The Americano was too bitter so I ordered a macchiato, but it’s still bitter~! Gross!”

“I found this place yesterday! This is the hotel from ‘Home Alone’! In front of that hotel!!!+.+ I took the photo thinking of my childhood! The limousine, and the toy store, they’re all there! Ah.. Home Alone..+.+ I want to see it again! Merry Christmas~!^.^”

“Doesn’t it look like that new building in New York??? Dara Tower keke Or the Statue of Liberty? Kekekeke”