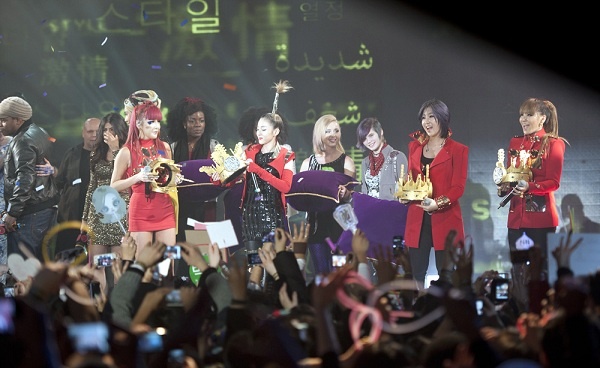 2NE1 at "MTV Iggy’s Best New Band In The World"

UPDATE: Show has ended, but you can still watch it online here: http://live.mtviggy.com/best-new-band-concert

After winning the poll for MTV Iggy’s “Best New Band In The World 2011”, 2NE1 will have their first live performance in the US today in MTV’s studios in Times Square. The program was streamed live from 4PM-6PM EST. Other artists from around the world, such as La Vida Boheme, Yuna, and Gyptian had also performed.

Yesterday, the girls had shared pictures of their fun adventures in New York.

2NE1
MTV
MTV Iggy
How does this article make you feel?