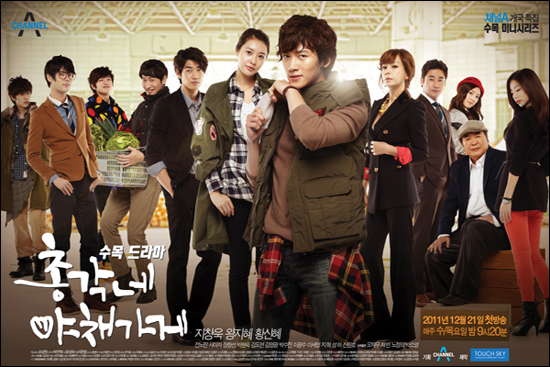 “Bachelor’s Vegetable Store” gears up for its first broadcast with the release of stills from the drama. The photos show lead actor Ji Chang Wook in his role as an owner of a small vegetable shop who eventually achieves success as a home shopping entrepreneur.

In the pictures, Ji Chang Wook is seen hard at work in his vegetable store, hauling radishes. In another, he appears to have suffered some public embarrassment.