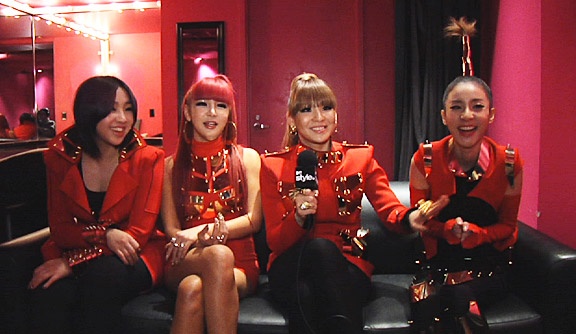 On December 13, 2NE1 sat down with MTV Style after their first U.S. performance in New York. The group touched upon a number of different subjects from New York’s fashion to where they get their inspiration from for their own style. They also talked about fashion designer Jeremy Scott, who’s known to be good friends with the girls, and even gave close up shots of their own nail designs.

“We never decided to be fashionably edgy. I think fashion is like a lifestyle, so you don’t try (to be edgy). It’s just there,” CL said of her fashion ideology.

Jeremy Scott was also interviewed backstage, where he said, “I think that 2NE1’s style and their music go hand in hand. I think that they’re really speaking to a whole new generation and mixing up all different things.” 2NE1 and Jeremy Scott have collaborated for their own sneaker line recently.

You can see the full interview here, or watch the video below!

2NE1
CL
Jeremy Scott
How does this article make you feel?