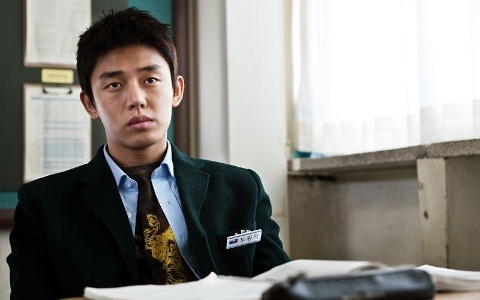 Featured Film of the Week: Wandeuki (a.k.a. Punch)

Based off one of Korea’s best selling novels, “Wandeuki” (a.k.a. “Punch”) stars Yoo Ah In as Wan Deuk, an underprivileged, troubled student who has a talent for boxing. Raised in a poor family with a hunchback father and no mother, Wan Deuk can care less about school, much less his future. Although he isn’t aggressive by nature, he has no problem beating anyone who makes fun of his father. Both his underprivileged background and ill father caused Wan Deuk to isolate himself from others. Unfortunately, he lives right next to his oddball homeroom teacher Dong Joo who makes his life miserable both at school and home, picking on him incessantly for no reason. While Wan Deuk believes his teacher is out to get him, he is unaware of how much his teacher cares for him, helping him develop his talent and open up to others.