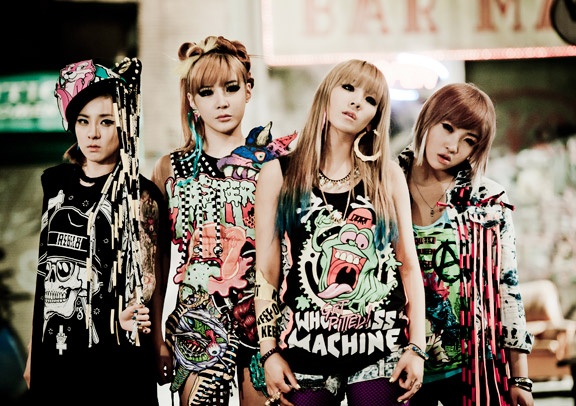 On January 2, MTV Style put together a top 12 list of “It” girls from around the world. They described 2NE1 as: “K-Pop has picked up an insane amount of steam domestically between Girls Generation and 2NE1, with both of their major stateside performances eliciting an inexplicably bananas amount of crowd support. We’re keeping our eyes glued on 2NE1 as the new year progresses, namely because of their bestie collab status with our beloved Jeremy Scott and their enviable collection of high-drama streetwear like JoyRich.”

2NE1 released specially designed shoes in collaboration with Jeremy Scott and Adidas in October. 2NE1’s CL was also picked as having the #1 International Collaboration in 2011 by MTV Iggy for her performance at the “2011 MAMA” with Black Eyed Pea’s Will.I.Am and Apl.De.Ap.

It looks like the girls are all but ready for “prime-time” fame, so YG Entertainment if you’re reading this, please hurry up with 2NE1’s international debut!

2NE1
CL
MTV Iggy
How does this article make you feel?