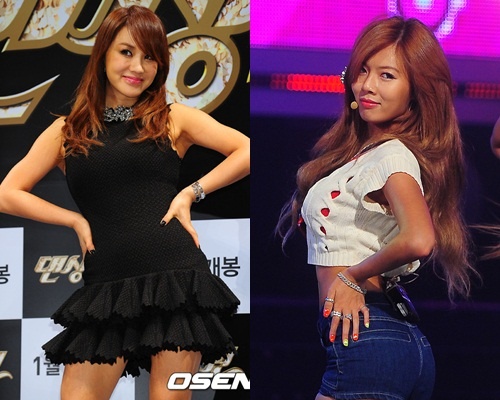 Netizens were recently surveyed on which female idol star they thought would still be hitting the stage as a “dancing queen” 10 years from now.

The survey was sponsored by a weekly movie magazine in time for Uhm Jung Hwa‘s upcoming film, “Dancing Queen.” It comes to no surprise that 4minute‘s HyunA commanded the poll, raking in 56% of the votes and confidently coming out on first place.

The survey was based around the plot of the movie, as Uhm Jung Hwa, who plays the role of a mayoral candidate’s wife, transforms her boring life by debuting as a dance star. HyunA has been sweeping the headlines with her “Trouble Maker” collaboration with BEAST‘s Hyun Seung, and many felt that her dance skills would last her through the next decade.

Coming in at second was surprisingly IU, followed by T-ara‘s Eunjung in third. Which female star do you see as the “Dancing Queen” 10 years from now?