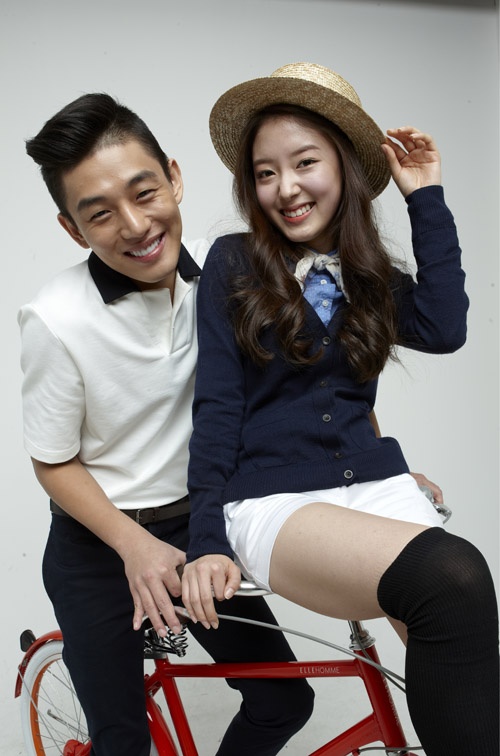 An official from the bicycle company said, “Yoo Ah In was picked as the model because of his independent and positive image while Lee Sae Young charmed us with her cute and bright image.”

Yoo Ah In and has been increasing in popularity and his film, “Punch” was successful. He was picked up as a soju model alongside actress Moon Chae Won.

Lee Sae Young is most known for her role in MBC “Dae Jang Geum” and is currently starring in “Bachelor’s Vegetable Store.”

Yoo Ah In and Lee Sae Young have finished the advertisement photo shoot last week and are still gaining interest for their sporty look while still displaying a friendly yet lovely concept. Yoo Ah In’s charismatic charm was emphasized with a racing bicycle while Lee Sae Young posed with a city bike and hybrid bicycle to express a cheerful image.