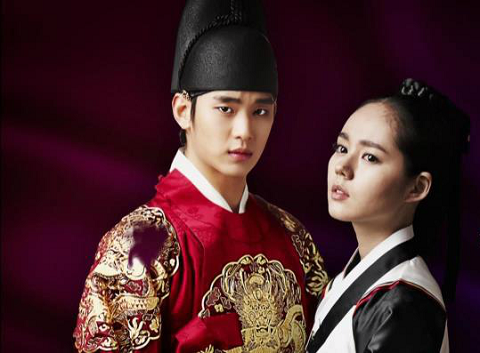 Kim Soo Hyun, Jung Il Woo, and Others Film “The Moon that Embraces the Sun”

MBC’s latest drama “The Moon that Embraces the Sun” has exceeded expectations, surpassing 20% viewership ratings by the third episode – even without the main leads. Last night, MBC’s “Section TV Entertainment” went behind the scenes of the popular series to catch a glimpse of its lead actors Kim Soo Hyun, Jung Il Woo, Nam Bo Ra, and Song Jae Hee.

For the first four episodes, the child actors have rocked the screen, receiving non-stop praises for their strong performances. Their strong acting, as well as the intriguing plot, has raised viewers’ expectations in what’s to come.

“The Moon that Embraces the Sun” is a fantasy historical drama (sageuk) set in the Joseon Dynasty. King Lee Hwon (Kim Soo Hyun) and his half-brother Prince Yang Myung (Jung Il Woo) fall for the same girl, a shaman named Wol (Han Ga In). Wol, whose real name is Yeon Woo, was the Crowned Princess, betrothed to the Crowned Prince Lee Hwon. She was plotted against and “executed” by those who were both jealous and fearful of her beauty and wits as a young girl.