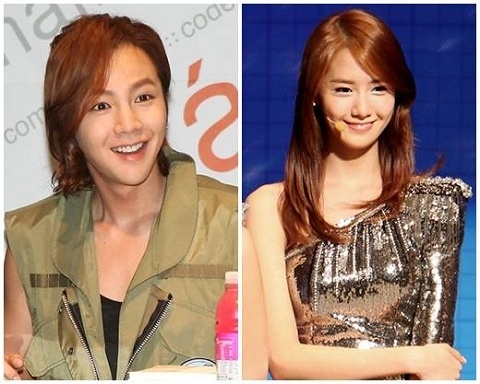 Producers of the series announced that there is a strong possibility that “Love Rain” will air on KBS once “Dream High 2” ends in March. The cast and crew have already completed filming the 1970s scenes, and shooting the present day scenes will resume in late February/early March in Japan. Jang Geun Suk, YoonA, Kim Si Hoo, and other central characters will officially kick off filming the 2012 scenes in Hokaido, Japan, where they will film their characters’ first encounter with each other.

“Love Rain” is a melo-love story set in two different periods – the 1970s and 2012. Jang Geun Suk and YoonA play Seo In Ha and Kim Yoon Hee, two college students who fall in love with each other in the 1970s; unfortunately, these two do not get their happily ever after. Fast forward to the present, Seo Joon, In Ha’s son (also played by Jang Geun Suk) meets and falls in love with Ha Na, Yoon Hee’s daughter (also played by YoonA). Jang Geun Suk’s 1970s Seo In Ha is a romantic arts student who is willing to lay down his life for the love of his life. His son Seo Joon, on the other hand, is a carefree photographer who enjoys a freewheeling lifestyle. YoonA’s 1970s Kim Yoon Hee is a pure, elegant “campus goddess,” while her daughter Ha Na is a bright and lovable character.