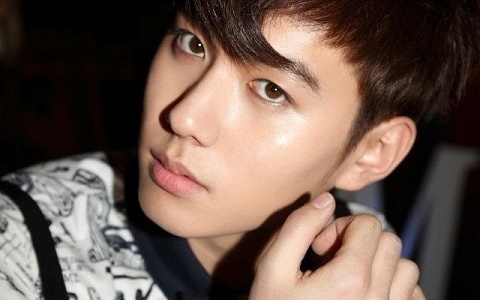 Through this, Park Taeyang was able to dream of becoming a singer, and after two years of training, made his debut with Chaos. “I have memories of getting in the cold water with teacher Choi Min Soo in the middle of the winter,” said Park Taeyang. “I’m very thankful to teacher Choi Min Soo, and want to get in contact with him. I miss him.”

Along with Park Taeyang, Boyfriend member Donghyun also received attention for appearing on “Zero Member.” “Donghyun was a fellow ‘Zero Member’ cast member, but now he is an idol sunbae to me,” said Park.

Due to the recent conflict with having the same name as Big Bang’s Taeyang (real name Dong Young Bae), Taeyang has had to add his last name to his stage name. Park Taeyang commented, “It’s my real name, but I’ve unwillingly made a compromise with the Big Bang fans. However, I thank all the fans who’ve been supporting me.”

Lately, Park Taeyang has been receiving attention for being close with Troublemaker members Hyunseung and HyunA, and Dynamic Duo.

Chaos is currently promoting their debut song, “She Is Coming.”