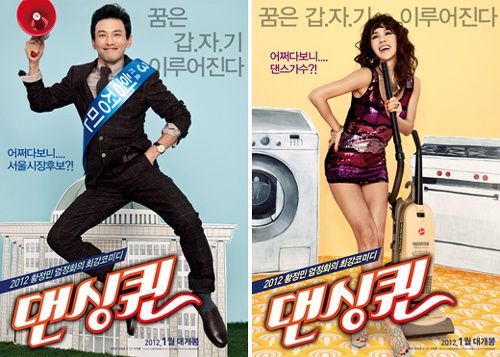 On January 20, Uhm Jung Hwa and Hwang Jung Min’s new movie, “Dancing Queen,” was ranked at #1 on Korea’s box office. The movie gathered 45,779 people on the opening day and 63,884 on the second day according to Korean Film Council’s Box Office database.

“Dancing Queen” is off to a great start and expecting to continue its streak as Lunar New Year’s Holiday is beginning this weekend. The film has attracted the most viewers of all Korean films that opened on January 18, including “Unbowed,” “Pace Maker,” and “Never Ending Story.”

Check out the trailer of “Dancing Queen” below!