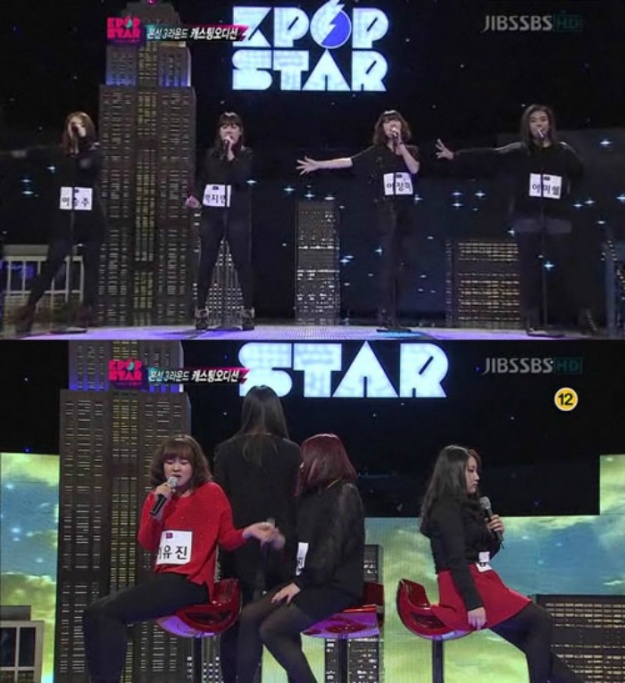 One of the top groups from SBS “K-Pop Star,” Su-Pearls, has “disbanded” and even though they are not a real, official group, the aftermath was quite big.

On the episode of “K-Pop Star” that aired on January 22, Su-Pearls, which consists of Park Ji Min (whose performance aired on CNN, praised by Ashton Kutcher and Eric Benet, received love calls from American broadcasting station), Michelle Lee (who appeared in “I am a Singer“), Lee Seung Joo and Lee Jung Mi, performed the song “Fame.” Their jaw-dropping performance received high marks from judges BoA, Yang Hyun Suk and Park Jin Young. Everyone including the viewers had high anticipation and expectations for this group, and it seems like Su-Pearls have surpassed them once again.

However, the ladies of Su-Pearls have “disbanded.” Yang Hyun Suk cast Michelle Lee as a YG trainee whereas the other three joined JYP. The judges expressed, “We want to see more of Su-Pearl more than anyone else, but since this is an individual audition, this is it for you. We need to see each one of you perform individually. That will be better for each of you as well.”

It seems like the netizens agreed with the judges. But traces of disappointment and sadness were present. Netizens commented, “It’s something that needs to be done,” “I didn’t know all four of them would be cast,” “They were favoring Park Ji Min too much,” “I’m so sad. I got goosebumps from listening to their ‘Fame’ performance,” “If I got to hear that live in person, I would’ve shouted out, ‘I love you! I’m your fan!’ just like BoA,” and more.

Check out the performance of “Fame” by the Su-Pearls!