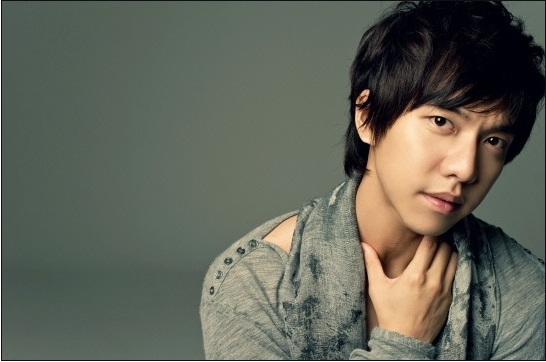 A picture of Lee Seung Gi‘s family that was uploaded onto an online community has become the center of attention. Lee Seung Gi’s family on last week’s episode of “Strong Heart” stated that Lee Seung Gi “acts like he does not know his family members when outside,” gaining the attention of netizens.

In the picture Lee Seung Gi is present at a graduation ceremony with his father and younger sister. His father is almost the mirror image of Lee Seung Gi, and the age difference between him and his younger sister is most noticeable.

On “Strong Heart” Lee Seung Gi stated, “I don’t like my family appearing on TV. I’ve never revealed them in public before, but we get along well at home. We hug a lot.” He added with a laugh, “Outside, however, we all become people we don’t know. The minute we leave the house we act on our own.”

Lee Seung Gi’s baby pictures were also recently revealed, giving fans something else to rave over.

On SBS TV “Truth Game – Finding Celebrity’s Family Member” Lee Seung Gi’s younger cousin made an appearance and read out loud an excerpt from his own baby journal.

“When Min Ki was younger, hyung (older brother) Seung Gi would take really good care of him, but now all he does is make Min Ki’s life miserable. He trips Min Ki when he tries to walk, tries to strangle him around the neck with both hands, and even scratches him. Min Ki cries nonstop because it hurts. Grandmother and grandfather are present, so I cannot scold the child. I have no choice but to be upset inside.”

While this excerpt was read, Seung Gi’s baby pictures were shown, giving light to what kind of child Lee Seung Ki was.

Netizens have responded, “He was really cute when he was young,” “Just by looking at his pictures it looks like he was a trouble child,” “But Seung Gi became to be school president!”

Warm yet cold family member and trouble child? What do you guys think these pictures reveal about Lee Seung Gi?