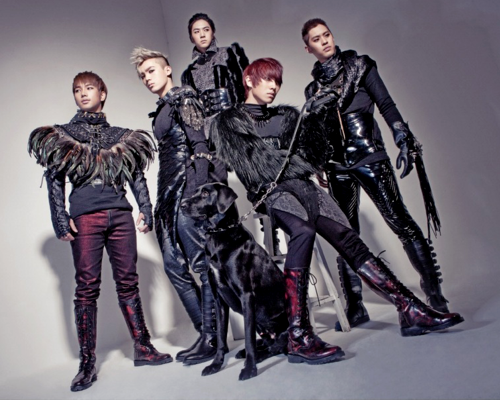 “This Is War” by MBLAQ is Song of the Week on Mnet’s “M! Countdown” this last Thursday of January. They end the two-week reign of T-ara‘s “Lovey Dovey.” T-ara, MBLAQ and Teen Top battled it out this week, as it was last week.

Dal Shabet and Brian Joo come back to the “M! Countdown” stage with their new tracks. The show also featured a guest appearance from ZE:A‘s Lee Siwan of “The Moon Embracing the Sun,” the MBC drama set in the Chosun Dynasty era.

MBLAQ, “This Is War”

Lee Hyun, “Because It’s You”

NS Yoon Ji, “The Reason I Became a Witch”