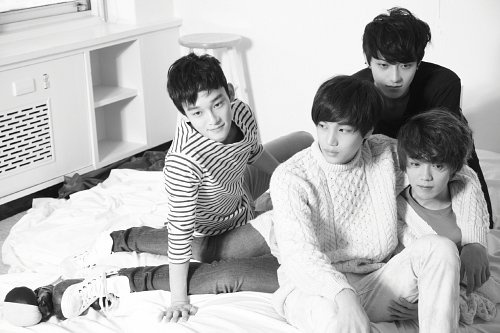 EXO to Release Prologue Single "What Is Love" on January 30

SM Entertainment’s new boy group EXO-K and EXO-M will release their prologue single “What Is Love” on January 30. Both a Korean and Chinese version of the song will be released digitally on iTunes, Melon, Doshirak, Soribada, and Naver Music. It will also be released through Chinese music websites such as Baidu.

SM Entertainment has continued to tease K-Pop fans with image teasers and video teasers. More teaser clips are supposed to be released today on January 27 as well.

Currently the members Kai, Lu Han, Tao, Se Hun, Lay, Chen, and Xiu Min have been revealed. However, the time of their debut and also the makeup of the groups are still under wraps.

Here is the most recent teaser which features Xiu Min and Kai. The screen of the teaser video reads “’Let Out the Beast’ Sung by EXO.’”