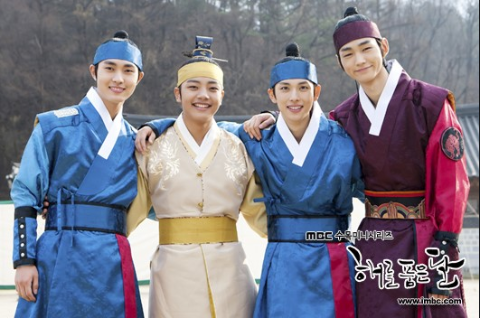 The four gathered for the first time since they ended “The Moon that Embraces the Sun” and displayed their charms again for “High Cut.” In the pictorials, they appear to have been crowned, literally, as the next generation of flower boy stars.

Yeo Jin Goo, Lee Min Ho, Lee Won Geun, and Im Si Wan will be featured in vol. 70 of “High Cut,” which goes on sale tomorrow, February 2. Meanwhile, “The Moon that Embraces the Sun” will air its ninth episode tonight, February 1, on MBC at 9:55PM KST. Check out the preview with subs here!