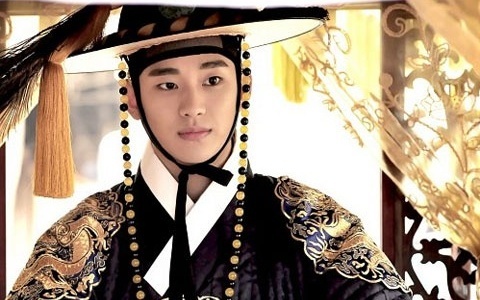 It’s been belatedly revealed that Kim Soo Hyun treated the cast and crew of “The Moon that Embraces the Sun” to 150 servings of hot pizza in order to express his gratitude at everyone’s dedication and hard work despite the non-stop filming in sub-zero temperatures. He surprised everyone last Thursday, February 2, with the hot treat, warming up cold, empty stomachs.

A representative of the drama stated, “The cast and crew were exhausted after the continuous overnight filming and freezing temperatures. However, everyone had a great time eating the pizza the King bestowed upon us.”

Recently, photos from the set surfaced various blogs, giving fans a sneak peek into the next episode, while “The Moon that Embraces the Sun’s” Director of Photography, Song In Hyunk, tweeted a message that had all “Moon/Sun” fans sitting on the edge of their seats. Additionally, representatives from the drama revealed that Kim Soo Hyun’s Ikseongwan [hat] had to be custom-made for him because of his small face. Child actress Kim Yoo Jung also revealed that Kim Soo Hyun was her ideal type.

Han Ga In
Jung Il Woo
Kim Soo Hyun
The Moon That Embraces the Sun
How does this article make you feel?