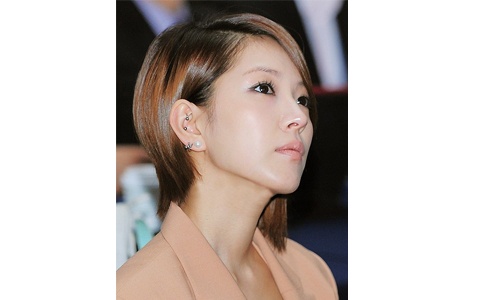 BoA Over the Years

Recently on an online community a thread entitled “BoA‘s Two Faces” was posted and has been gaining the attention of netizens.

The thread included pictures of BoA directly comparing how she looked during her teenage days to her more recent pictures. A BoA with fuller cheeks and an innocent look stands out in her younger pictures. On the other hand pictures of BoA on the set of current audition show, “K-Pop Star,” shows a slimmed facial structure and a charming face of a mature woman.

Netizens have responded, “BoA lost a lot of weight,” “she’s so pretty now,” “she’s beautiful in her younger pictures too.”

Pictures of BoA over the years: