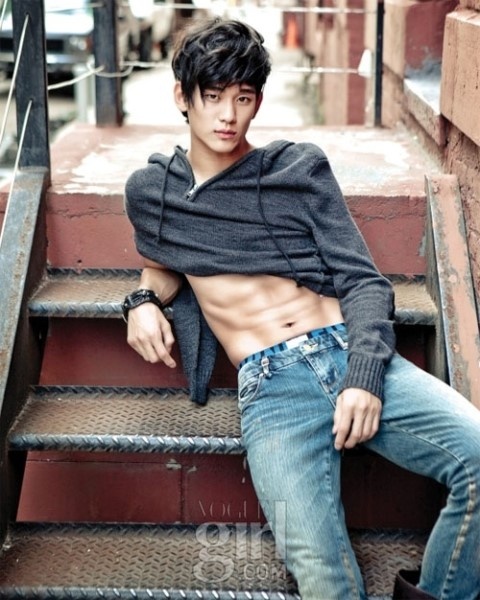 Can You Imagine “The Moon that Embraces the Sun” without Kim Soo Hyun?

Currently, MBC’s “The Moon that Embraces the Sun” is on its way to becoming the next “National Drama” with ratings almost surpassing 40% nationwide. The intriguing plot, amazing soundtrack, good-looking cast, and strong acting are just several reasons as to why the drama is so popular. “The Moon that Embraces the Sun” catapulted Kim Soo Hyun’s career, making him a household name and throwing almost much of the drama’s female viewers into a “Kim Soo Hyun syndrome.” However, it’s been belatedly revealed that Kim Soo Hyun was not the drama’s producers’ first choice for the male lead.

“The Moon that Embraces the Sun” is based on a novel by Jung Eun Gwol, who’s past work includes 2010’s popular series “Sungkyunkwan Scandal.” As a result, the drama received much attention even in the pre-production stages. Poducers ran into difficulty in casting its male lead. They needed an actor who was in his mid-twenties, who could handle a sageuk (historical drama) and had the ability to draw out Lee Hwon’s distinctive characteristics and personality, all the while charming the viewers with his looks and acting.

Producers sent requests to “The Princess’s Man’s” Park Shi Hoo,” “Sungkyunkwan Scandal’s” Park Yoo Chun (JYJ), Song Joong Ki, and other young actors who had experience with sageuks. However, all of them had other projects lined up. They also eyed “Dream High’s” Kim Soo Hyun but had trouble coming to an agreement with his agency. He was on the verge of being crossed off the list of possible candidates.

However, it was Kim Soo Hyun who insisted that he wanted the role. A representative of Key East Entertainment stated, “Even before the casting request came in, Kim Soo Hyun had read and enjoyed the original novel tremendously. When the deal almost fell apart, he was the one who said, ‘I really want to do it,” and got the part.”

Meanwhile, “The Moon that Embraces the Sun” will air its eleventh episode tonight, February 8, on MBC at 9:55PM KST. Check out the preview here!