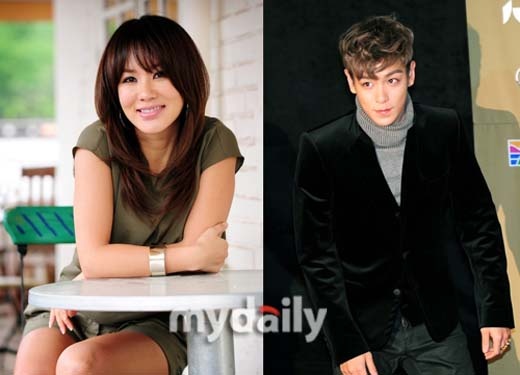 Singer and actress Uhm Jung Hwa proclaimed Big Bang’s rapper T.O.P. as the best partner she had. In an interview with KBS’ “Entertainment Tonight,” the “Madonna of Korea” candidly talked about the friendship she now shares with the idol.

“Whenever we get the chance, we get in touch,” Uhm Jung Hwa said. She and T.O.P. once collaborated on “D.I.S.C.O.,” a single released in 2008. The two promoted the single, and they had become friends through the collaboration.

Uhm Jung Hwa, who hit box-office success with her latest movie “Dancing Queen” further revealed, “He demonstrated his friendship when he surprised me in the movie theater. The audience were as surprised as I was.”

Uhm Jung Hwa’s interview with “Entertainment Tonight” will air on KBS on February 11 at 9:05 KST.