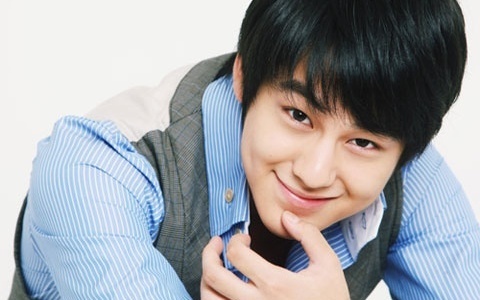 It’s been revealed that actor Kim Bum (22) has been suffering from degenerative arthritis. A representative of his management agency stated, “Ever since his drastic weight loss, Kim Bum has been suffering from knee arthritis.” Kim Bum had lost 11kg (~25 pounds) for his latest role in drama, JTBC’s “Padam Padam…The Sound of His and Her Heartbeats.”

During the drama’s press conference last November, Kim Bum revealed, “I lost 11kg for my role in the series. The character that I was to play wasn’t the type who had any excess body fat. Therefore, I started working out before we began filming.”

To get into character, Kim Bum went through a rigorous workout program. Additionally, he was involved in a car accident in 2009 and suffered some minor injuries. The culmination of the excessive exercise, drastic weight loss, and past accidents most likely factored into Kim Bum’s current condition.

A source close to Kim Bum expressed, “We’re worried because he’s been diagnosed with arthritis at a young age. We will be extra careful and attentive with his treatment.”

Boys Over Flowers
Kim Bum
Padam Padam
How does this article make you feel?