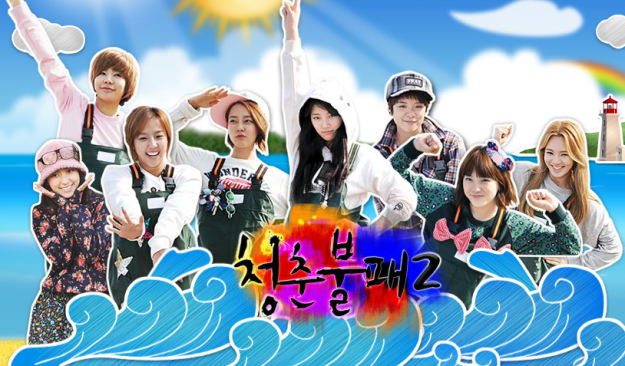 ■Hurray for the powerful girls ■
The match of the century will take place to re-write the history of idol athletics. Who amongst the G8 is the most powerful and thus become the Sseurim(Wrestling) Master. The girls have staked their whole life into this wrestling match.

When the G8 Wrestling Match begins in earnest, G8’s youngest member Miss A’s Suzy overthrows all expectations and rises as the dark horse amongst the group. Suzy, who is usually called the Giant Youngest Member and Powerful Suzy, has a great command of the wrestling techniques and dominates the rounds with her strength.

The caster for their Wrestling match, Boom, remarks that Suzy is “The Lee Man Ki (A Famous Korean Sseurim Athlete) of the Idol World, look at her back!” and even states “It looks like her feet are at least 285mm. She definitely has an advantage over the other G8 members due to her solid feet.”

The Suzy Vs Bora match, that is pretty much the final match, The Hyoyeon Vs Amber match, the match that is called the “Kiddie Vs Foreigner” match but both them don’t really know the rules, and lastly the match between the Granddaughter and the Grandmother, Ji Young Vs Woori.

■ The worker and the sea ■
It’s the survival of the fittest, the place where only the strongest survive. It is the Idol House. This week’s glorious worker is picked by the strongest of them all, the winner of the Wrestling Match.

Who is the unlucky member that has to cross the hazardous sea and go to the Seaweed farm? It’s the worst so far and exceeds their wildest imaginations. The glorious worker is tested to their limits at sea. The battle between the glorious worker and the sea begins!

■ The farming begins. ■
Invincible Youth, they now begin their farming adventures. They prune the grape fields, while dreaming of lush harvests in the autumn. The G8 also uses their very own hands to create some crystal clear G8-Style handmade wine!

While testing various wines, Soo Geun asks the G8 members if they “Drink this sort of thing usually.” Jewelry’s Yewon reveals that “Sunny usually drinks Soju bombs (Soju mixed with Beer).” Sunny continues this joke by stating that “Soju Bombs are the pinnacle of drinks.” And finishes off by saying “Hi, I’m Alcohol Kyu.” Sunny also reveals a surprising amount of knowledge about wines.