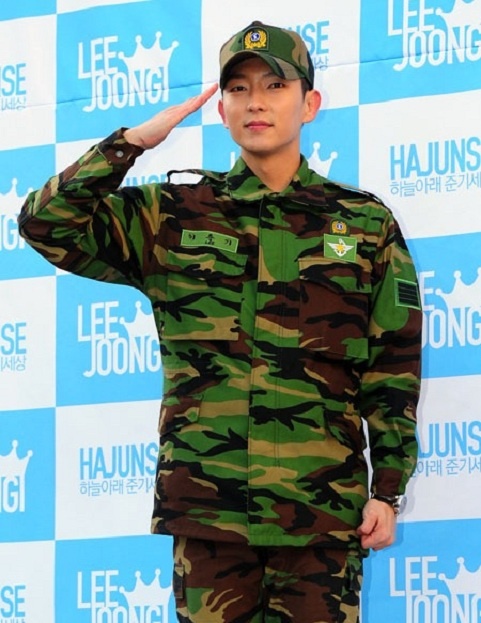 We reported yesterday that Lee Jun Ki would be returning to fans! Well, that day has come! At about 8am Lee Jun Ki was discharged from the military. While leaving the military he gave a thank you speech for the fans that waited for him.

Fans from all around Asia have already been leaving “Welcome Back” messages before his comeback.

At 3:00pm he will appear at the Seoul Sang Myung University Art Center for his fan meeting titled “Reunion JG.” 1,500 fans will greet him.

After filming “The King and I” in 2005, which thrusted him into stardom, Lee Jun Ki also acted in the dramas “Iljimae,” “The Time Between Dogs and Wolves,” and “My Girl” which steadily brought him to a true Hallyu Star status.

Lee Jun Ki
How does this article make you feel?